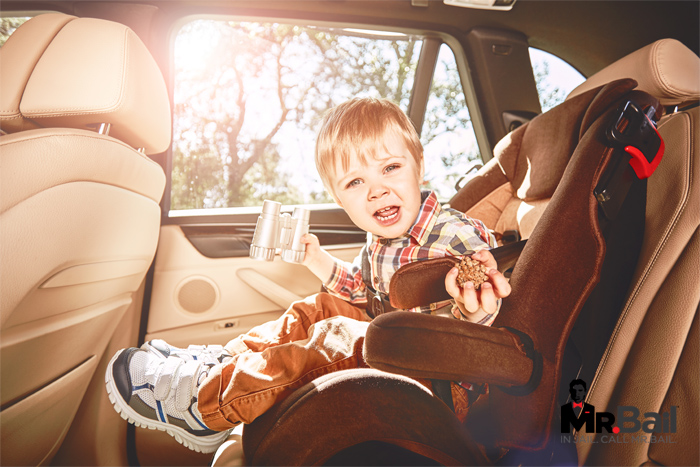 31 May Reasons Kids are Left in Hot Cars

It’s that time of year when we are constantly getting bombarded by messages reminding us to not leave kids and pets in hot cars. If you’re one of those people who roll their eyes and question how anyone could forget their child in a hot car you’re not alone. Most people feel the same way, right up to the moment they realize that they left their child in a hot car that is quickly turning into an oven.

According to a CNN report, an average of 38 kids die each year because they were left in a hot car. The majority of these deaths occurred during July.

The best way to make sure you never leave your own child in a hot car is to learn the main reasons this tragic and scary thing happens.

One of the biggest reasons kids are forgotten in hot cars is because something happens to change the parents’ routine. This doesn’t have to be a big change, just a small interruption in their routine such as a shoelace getting untied or getting a phone call. It’s just enough to break the parent’s thought pattern and make them temporarily forget about the child strapped to the back seat car seat.

Kids Get Into the Car

There have been a few instances where the child actually locked themselves into a hot car. This usually happens when the kids are playing and start to explore. They find that the car is unlocked so they crawl inside and engage the child locks. Soon they are overheating but are unable to remember how to get out of the car.

Some kids are left in cars because they’re being transported by someone who rarely drives with children, such as an aunt, grandparent, or neighbor. Usually, this person is doing the child’s parents a favor and simply forgets that they have a child in the vehicle who is unable to get out on their own.

The Parent Is Only Going to be Gone a Second

Some parents feel that since they are only going to be gone for a moment, it’s easier to leave their child in the car rather than bundling them in and out for an errand that’s only going to take a minute. The problem is that the errand sometimes takes longer and the interior of a parked car gets deathly hot extremely quickly.

The Child is Left on Purpose

It doesn’t happen often, but sometimes a parent deliberately leaves their child in a hot car. These incidents usually happen because the parent is upset with the child’s other parent, the parent is suffering from a mental illness, or the parent has decided they don’t like being a parent.

Hot cars are deadly to young kids. There are ways to prevent yourself from accidentally leaving a child in a hot car. Stick reminder notes on your steering wheel. Place your cell phone next to the car seat. Arrange for someone to call you when you’re scheduled to arrive at your destination and remind you about your child. All of these are simple steps you can take to make sure your child doesn’t become a summer car story.